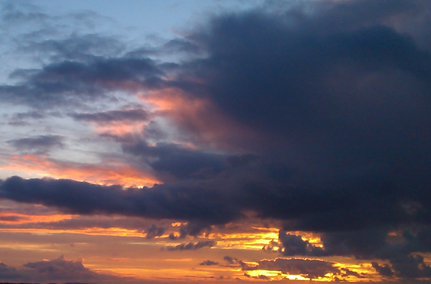 Nonna lay back in the deep soft furs that seemed to line the carriage as it slithered across the ice with the rhythmic swish of skids and soft thud of hooves. A sad smile played across her face as she looked sideways and up at her mother next to her. They exchanged echoed smiles like the soft kisses of the drifting snowflakes that melted on their faces. Opposite, her father stared out across the darkness that fell beneath the arches in the streets surrounding the Bolshoi Kamenny theatre. Although shadowed beneath the lamplight, like his eyebrows, the bright lit shops shone under their canopies like the whites of his eyes hiding under the brim of the tall black hat he wore. Finally, under her intense gaze, he looked across at her and smiled the warm loving smile she drew strength from. A part of her knew things were not well and understood her own part in that distress, but she buried it under the warmth of the fur shroud surrounding her.

She drifted like the flakes falling around her back to the theatre and the bright ballet and her own imagined place among the ballerinas of Swan Lake. It was a rare outing and she exulted in the embedded memories of the sleigh journey there, the richly draped theatre, the crowds in their finery and the story that drew her onto the stage with expectancy and excitement. Her heart skipped like the ballet dancers as she remembered the graceful swans as she saw them. During the finale Odette’s fouettés en tournant brought an expectant and awed hush amongst the audience as she continued to spin for what seemed an eternity as Tchaikovsky’s music spilled across them as if from a lake fed by streams rushing and deep within their souls. She was the swan, cursed, yet, proud and full of grace, doomed, yet joyful as she swam through her own memories and dreams.

“Did you enjoy the ballet?” Her mother spoke into the hush and her voice found a mist of breath like music among the cold snowfall. Nonna nodded and sighed, snuggling deeper into the furs. “I’m glad.” Her mother’s soft voice brought a smile from her father that spoke love with his eyes to both of them. Nonna remembered again the rising crescendo of music in that finale that was exquisite torment rendered with victorious joy as the two lovers sank beneath the waves and the beautiful swans took their place as eternal symbols of their love. Her heart was both sad and thrilled, beating faster, racing, like the horses that pulled them out of St Petersburg and into the night.

Such beauty, strength and aching desire filled Nonna as she considered her poor legs beneath the covering, but she felt nothing more, drifting like the snow, with the sway of the sleigh, in and out of sleep.

Leaving the city, the dark firs of the forest crowded around them deadening the crack of the whip and the cry to the horses to urge them to hurry home to bran and a warm stable and release from the bit. Her mother and father exchanged conversation, soft voices in the night lulling Nonna closer to sleep as her eyes closed and she dreamed she too could pirouette and leap and be held by the handsome Prince.

As the music swelled in her dreams and her memory, the sleigh stopped at last. Servants poured out with oil lamps and misty breathes to open doors and welcome them home. As always it was her father who came around to her side of the sleigh and gathered both her and her furs up in his strong arms and carried her up the steps and through the front door speckled with snow. Without stopping he carried her effortlessly up the sweeping staircase so that she could survey the hall and her mother passing her own furs to the maid. As Nonna watched her turn away in her long cream silk dress, it was if her mother would suddenly take flight and spin and dance for her like the ballerinas.

It seemed no time before the nurse came and put her warm and cosy in her bed and Nonna considered the day while she waited for her parents to say goodnight. First there had been the thin stream of sunshine teasing beneath the long curtains of her bedroom. As the room had grown brighter she had been able to trace the familiar patterns on the walls until finally the maid had come with the tray and pulled back the drapes on blue heavens and white snow fields. The jagged teeth of long icicles caught the early morning sun like the purest chandeliers of heaven. As she lay back on the soft white pillow she enjoyed the view of that wider soft white pillow of snow across the fields. She imagined sinking into the cold softness, deep as a man’s thigh.

She had embraced the intense blue sky, its blazing purity an ocean across her tall window panes and promising a clean hope of bright stars. Later the new moon would be thrown up as translucent mother-of-pearl on the beach of night to light her journey home that evening. She recalled the setting sun as they had left for the theatre and the Morning Star had shone brightly. She again transported herself from the cold snow-down mattress outside up into the heavens where she met with her Prince to sail the deep blue sea of encroaching night, a wake of blood red breakers of cloud trailing after the pink of soft cloud sails above them.

That morning Nonna had sat in her chair by the window for breakfast and enjoyed the warmth of the sunshine on her long black hair, brightening her pale features and shining from the flecks in her hazel eyes. She had then done her studies until it was time for lunch. Her tutor, his beard bobbing sagely, his eyes shining with the glow of imparted knowledge, spoke of lands and languages she would never visit but filled her mind with pictures and stories. Afterwards she enjoyed the promenade on the long terrace outside the house. The intense cold had made her nose run and drip on her muffler. She laughed at the thought they might turn into icicles so that she looked like a wicked witch with a pointed snout. The maid with her was drawn into the story and somewhat reluctantly became her good sister dispelling the gloom and waving a wand among the trees shivering in the slight breeze. In the end they were both laughing with the joy of being alive and outdoors, knowing the glowing warmth and a hug lay just behind the bare creepers along the wall. The magic of love filled her with wonder and drew in those around Nonna until they too were filled with it and marvelled at its source.

Later as she lay in her bed for her afternoon rest the sky began to lose its celestial blue and shade towards the deeper colours of peace and rest of night, the icicles, shorter now from the sunlight’s gentle caress, began to glow as the rising moon caught them with its cold pure light. She could not sleep though, as the excitement of the ballet had drawn her imagination into breathless wakefulness.

All that had been earlier, but time had no meaning for Nonna and as she lay in her bed waiting for sleep to enfold her in its timeless arms, the day was one story with no beginning and no ending, intertwined with the grace of the ballet dancers, the intense passion of music, the cold cathedral outside the house and the warm chapel inside her heart. The dreams and the reality were one and she was one with them because she felt secure in the love surrounding her.

She lifted the covers and considered the pale thin poles that were legs protruding lifelessly from her nightdress. She felt nothing for them or in them, they would never dance like those in her mind which she saw through the window of others who could. Her Prince was not like the Prince in Swan Lake, he had the power to lift her above the dark cloying waters that she knew were gathering around her. She had heard the hushed conversations with the doctor outside her door; she had seen the aching love in her father’s eyes and the unshed tears in her mother’s.

They both came in then and kissed her and said good night. It was a declaration of love more than a repeated ritual. She wondered at how it could be so fresh and new each time, but she basked in the glow of their faces in the lamplight, before they extinguished it and left through the softly closing door of night.

As she lay there, she knew it would not be long before she sank beneath the darkness of this world. But she was not afraid; she knew her Prince would come for her on that day. As she slipped quietly into the soft silence of night with its hushed owls and scuffling and snuffling wildlife outside her window, she knew her dreams would come true with a hope that was certain.

On that day she would not need her legs because, like the swan she would be with her Prince, she would fly.