The Organ and Bells 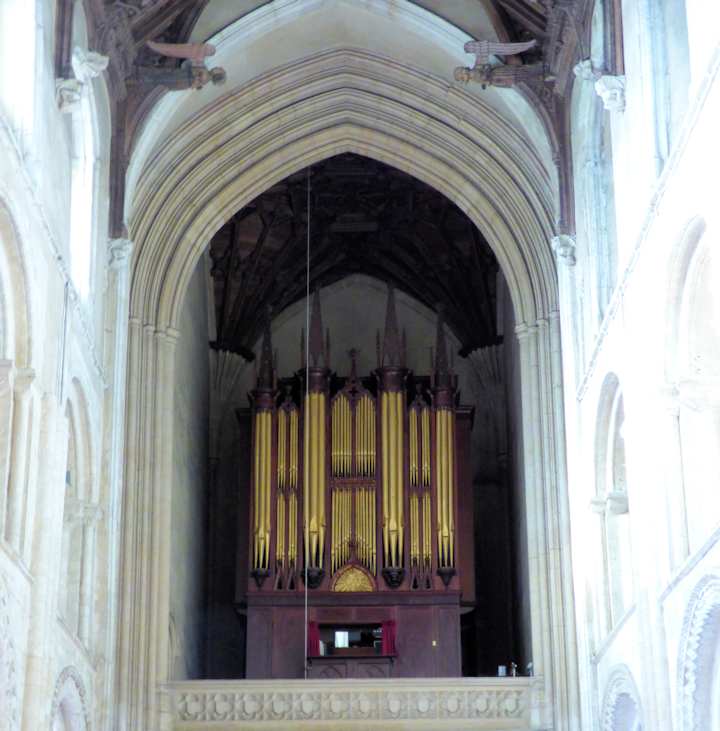 Head back towards the west door at the end of the nave – the font would originally have been sited here. Above you at the rear is the organ loft. This used to be on a wooden platform over your head. It dates from 1792 and was bought for £700 by Anne Farmer who wished to remain anonymous – mediaeval times had its own kind of social media!  It has largely all of its original pipes, but was refurbished last in the 1950s. The old organ console is now disused and on display in the right hand cabinet below, our next stop.

Above the organ in the west tower are ten bells, sadly public access to the tower is restricted because of health and safety.

There are currently no commercial CD recordings of the organ playing at the shop, but there is a substantial 1992 playlist on YouTube by Andrew Millington as “The Versatile English Organ” also on Spotify on GooglePlay on iTunes and on Amazon UK

Also housed in the Abbey is a listening console with both the sound of the organ and the bells. It can move around so you will have to look for it! Come and listen to the real thing one Sunday at 10.30 or Evensong at 6.30 and bell practice is on a Tuesday evening. There are also organ recitals, see the web site for details.